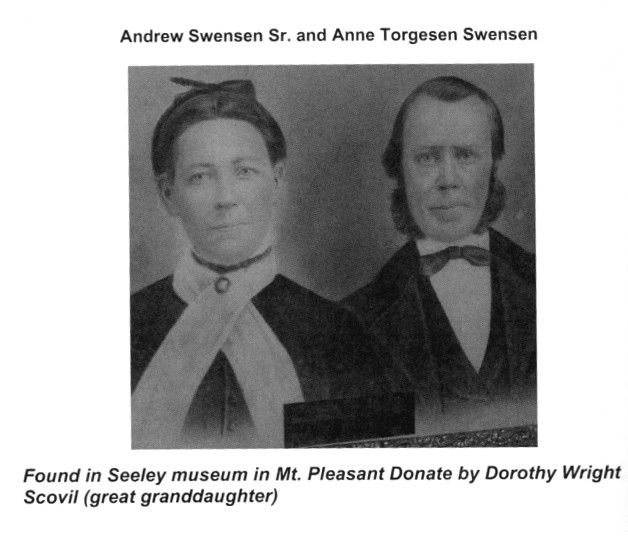 Many times over the eleven years that I have been volunteering at the Mt. Pleasant Relic Home people have enquired about the above couple.  We had their names, but no history.  The names Andrew Swensen Sr. and Anne Torgesen Swensen were plainly labled on the front of the large and well framed portrait.  They are a very attractive couple.  They don't have the stern look that so many of the early pioneers to Mt. Pleasant had.


Thanks to Joan Carlson Lea Winward, we now have a history of this fine couple.  The Swensen's were ancestors of hers.  Many Sanpete residents can also claim this couple as their noble pioneer ancestors.  We are happy to be able to share their history as we know it with you.


The following is taken from a family history entitled " The Family of Arnold and Luetta Orme Swensen"; compiled by Arnetta Swensen Pincock. The Orme ~ Swensen family located in St. Anthony, Idaho.  Arnold was a great grandson of Andrew Swensen Sr.


Andrew Swensen Sr. was born in Floen, Sorum County of Akershus, Norway on April 13, 1835.  Floen was the name of the farm and Sorum was the name of the town.  Akershus was the county or province.  He was the first child born to Svend Andersen and Marie Olsen.


There were six other children born to this family:


He left the old home in Norway as a young man and went to Oslo where he worked as an apprentice in a cabinet establishment.  While there he became acquainted with the Mormon Elders and was converted to the gospel and was baptized April 27, 1859.  He was ordained an Elder and filled a mission in Trondheim, which is 500 miles north of Oslo.  He walked across the Bak Bone of Norway from Oslo to Tondheim to serve that mission. 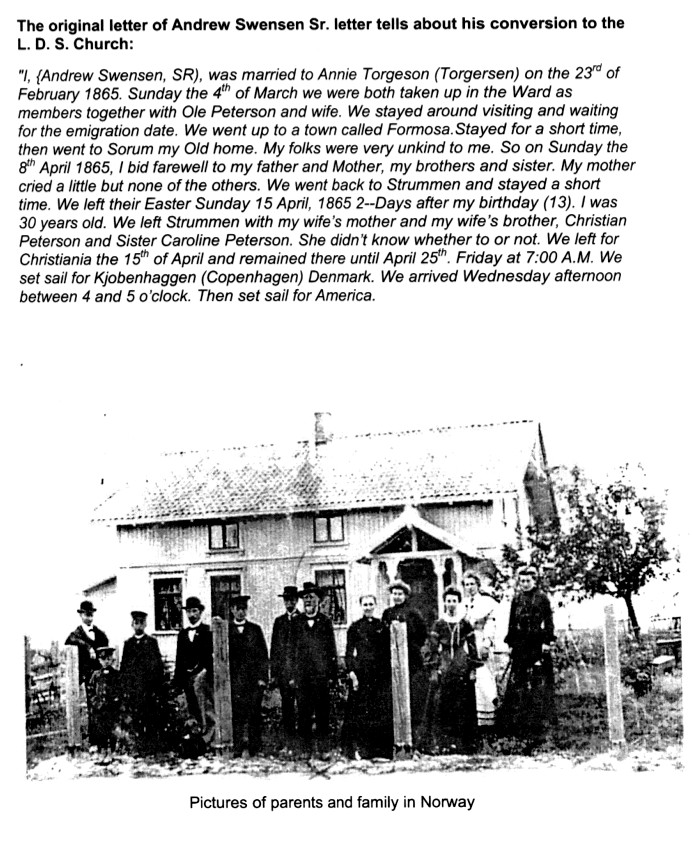 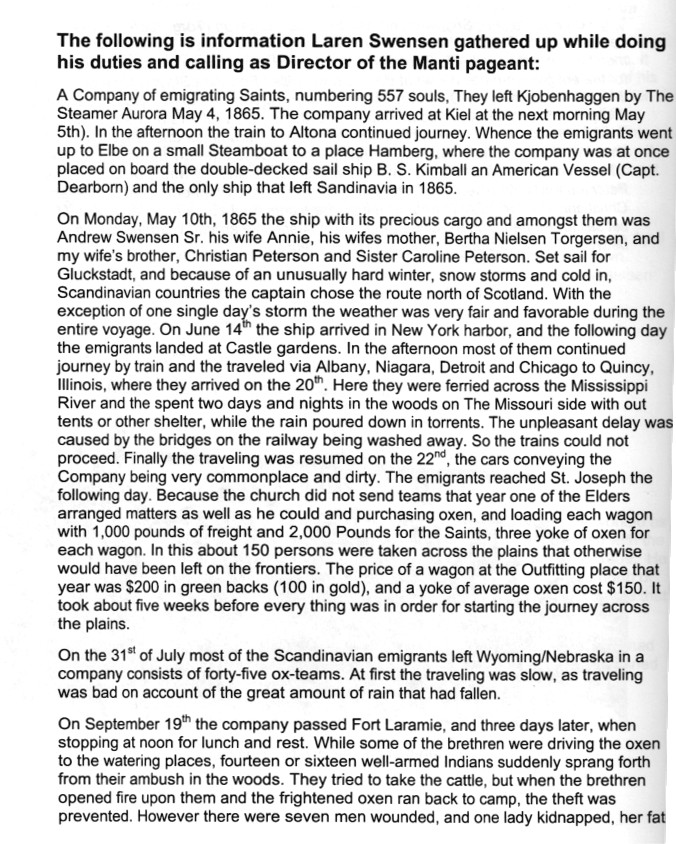 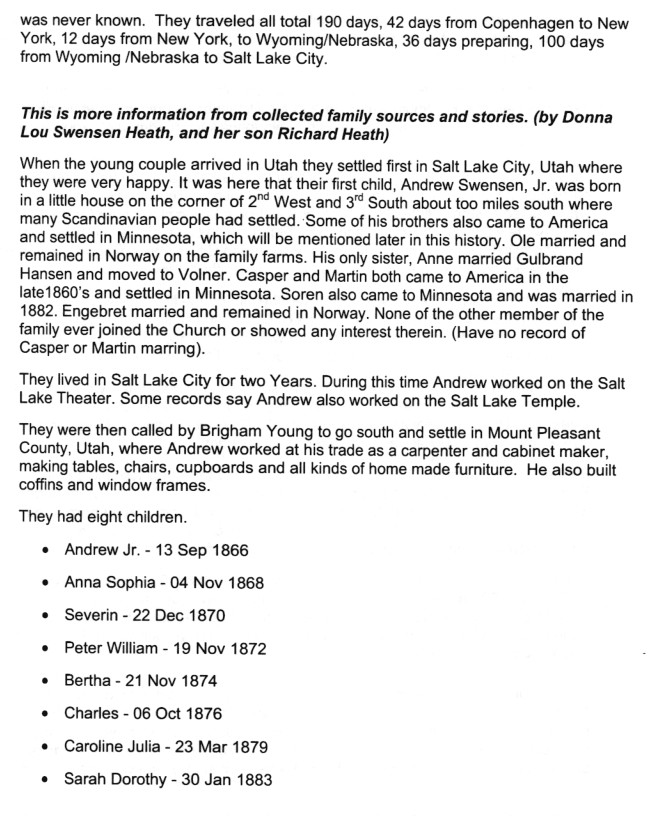 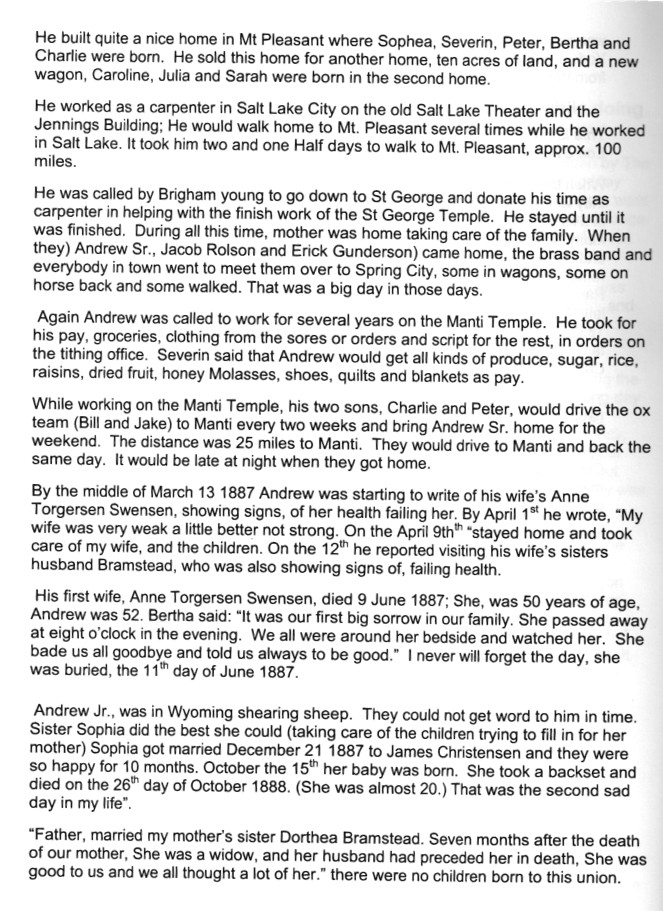 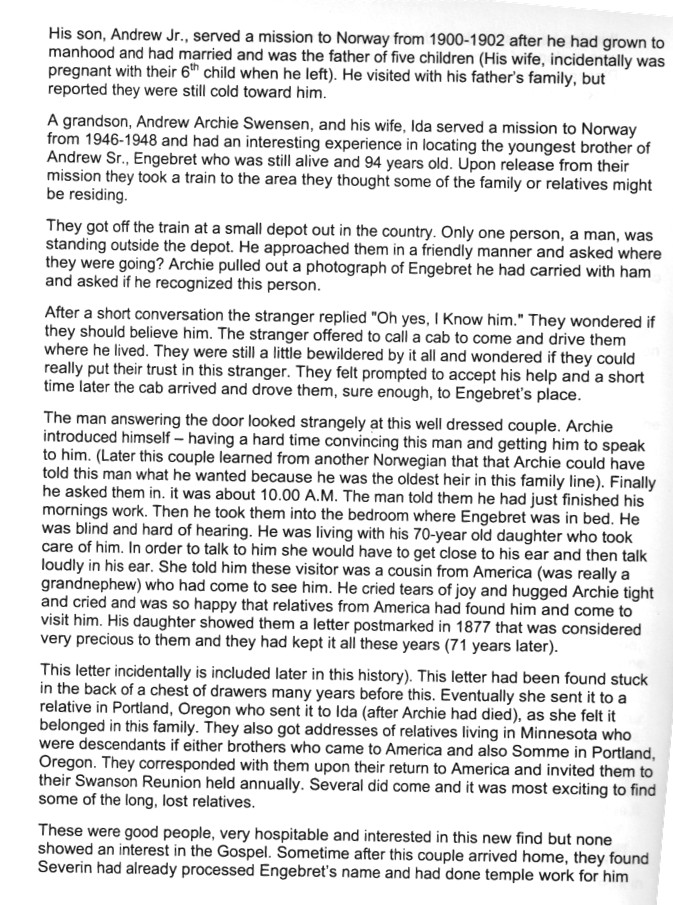 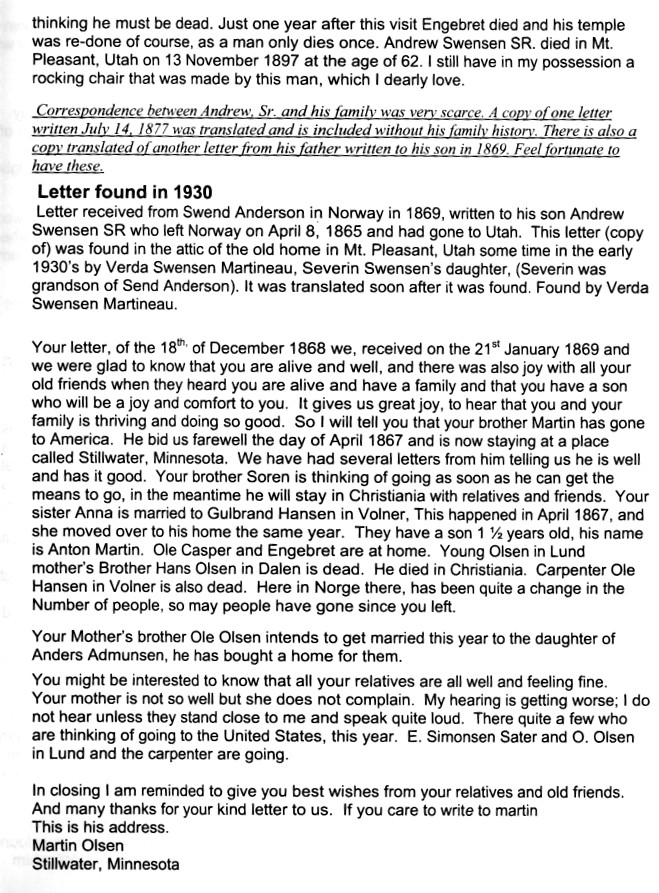 Andrew Swensen Sr. was working on the public school when a rafter fell striking him in the head, which caused his death November 13, 1897.  He was 62 years old.  His second wife (Dorthea Bramstead - a sister to Anne) lived until October 1925. 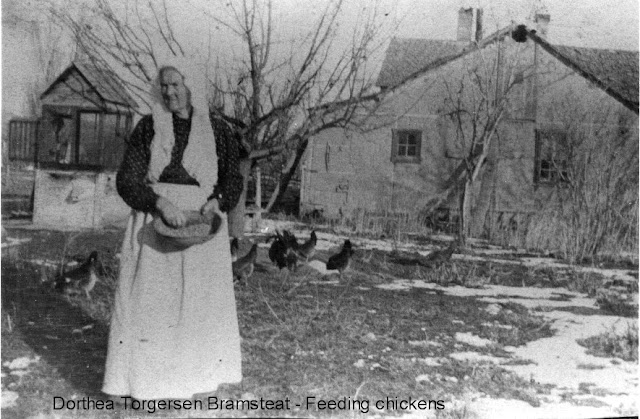 
Andrew Swensen Sr. married Dorthea Torgersen Bramstead seven months after  Anne died.  She was a sister to Anne who had lost her husband.

Posted by Kathy Rigby Hafen at 1:07 PM No comments: