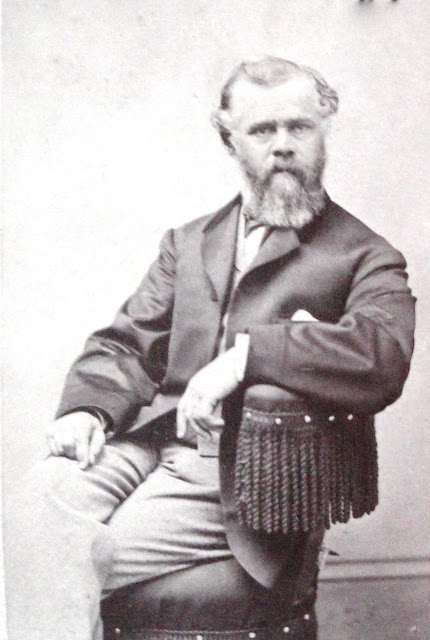 The following is research done by Mary Louise Madsen Seamons

(not online, incomplete and an unknown author) 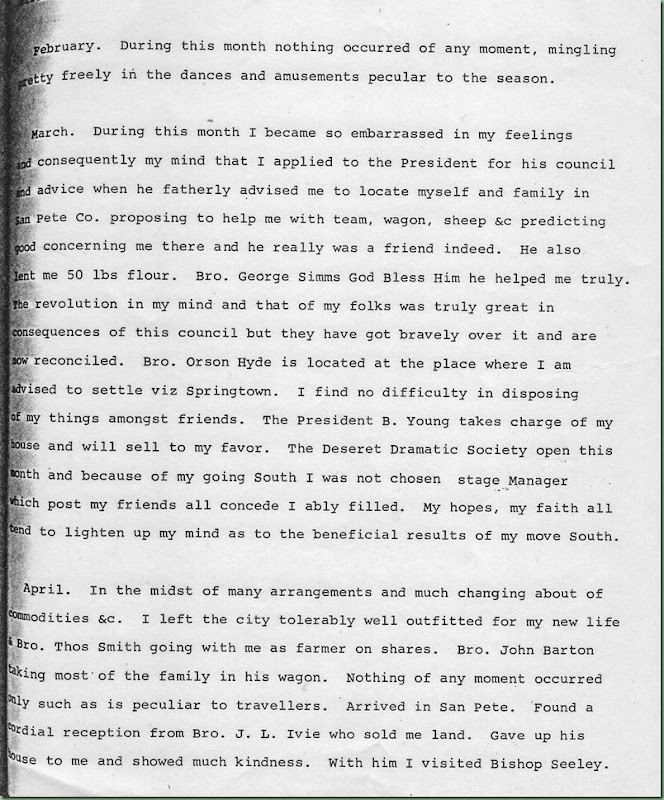 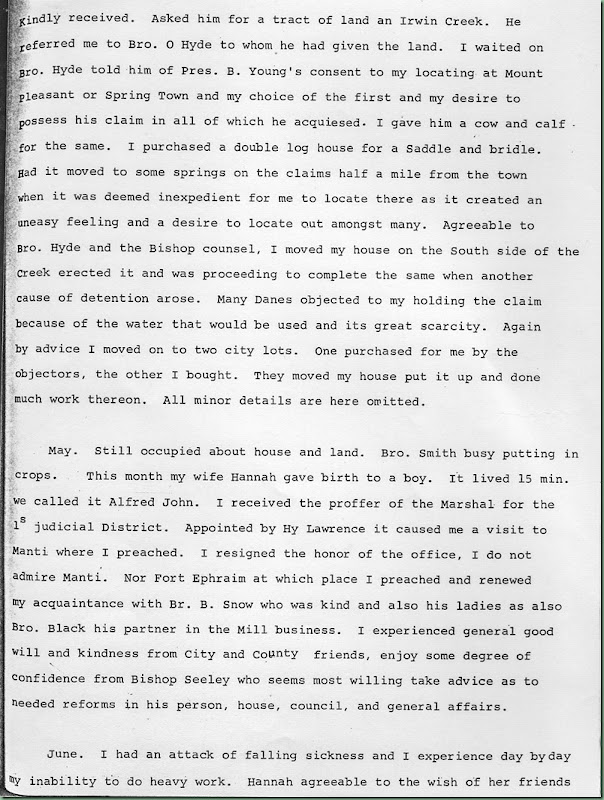 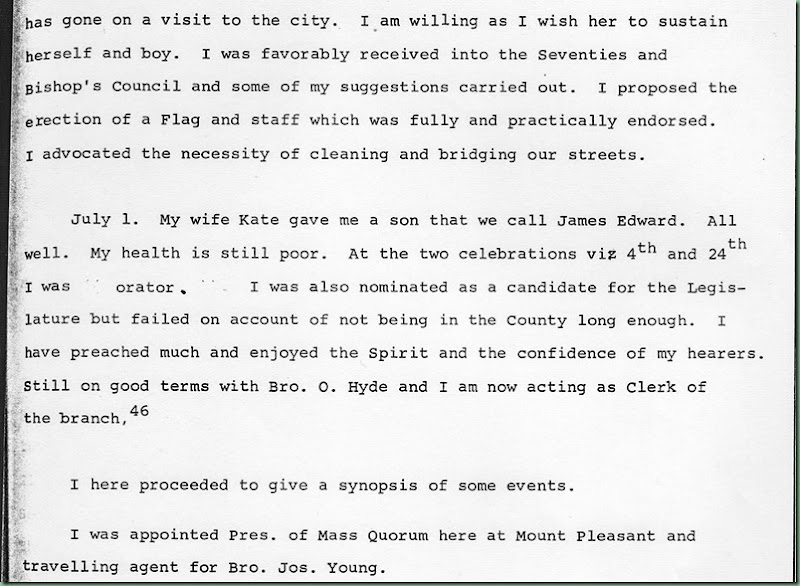 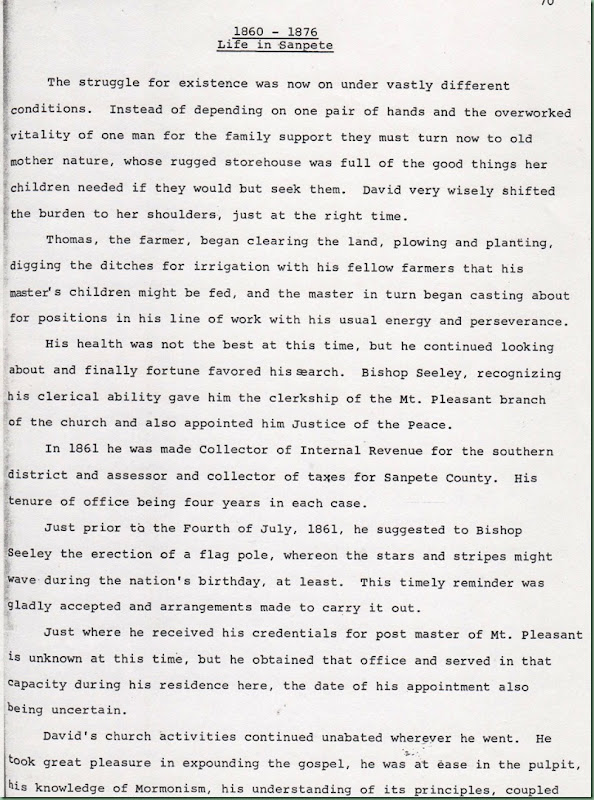 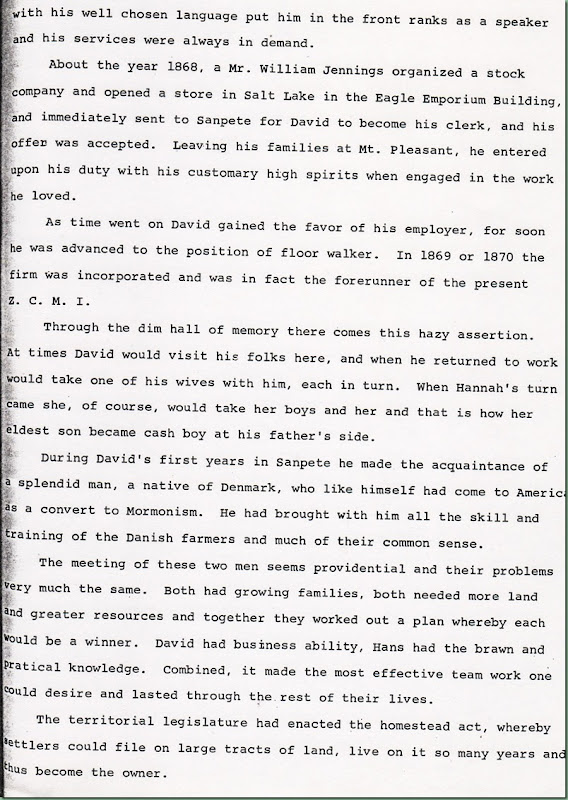 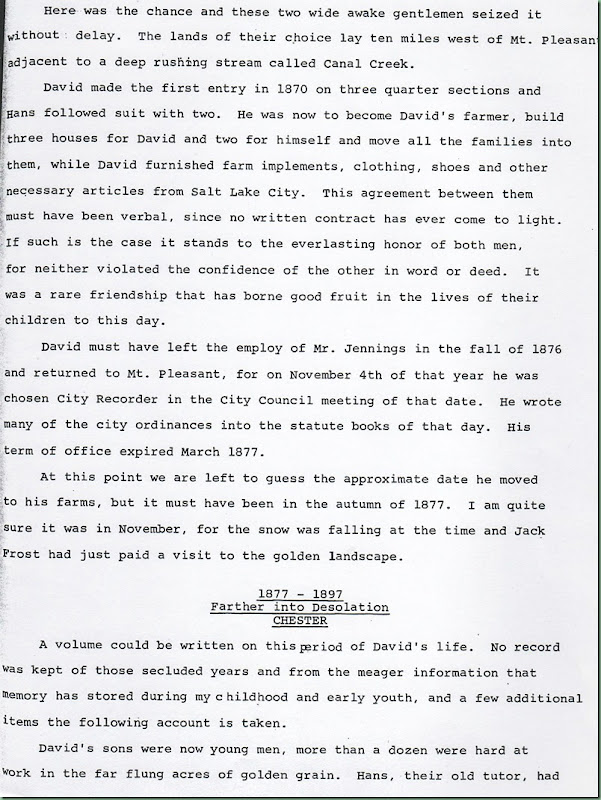 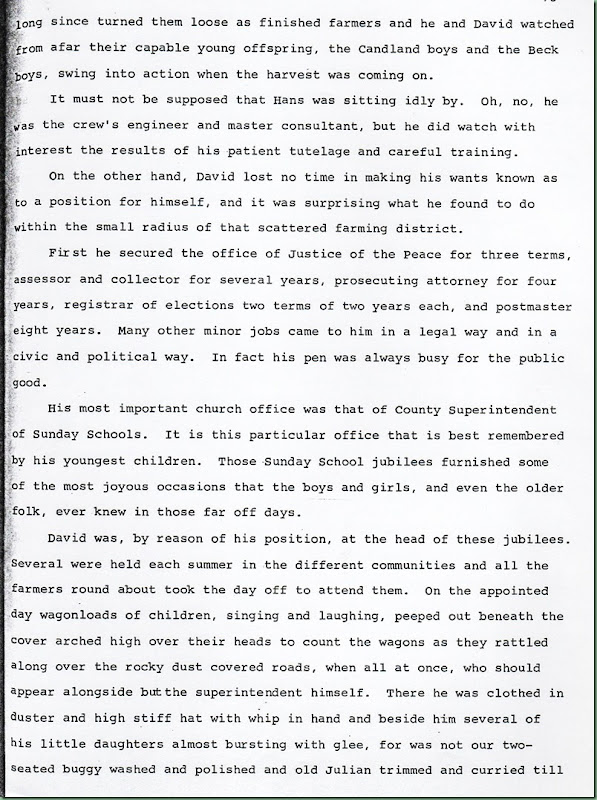 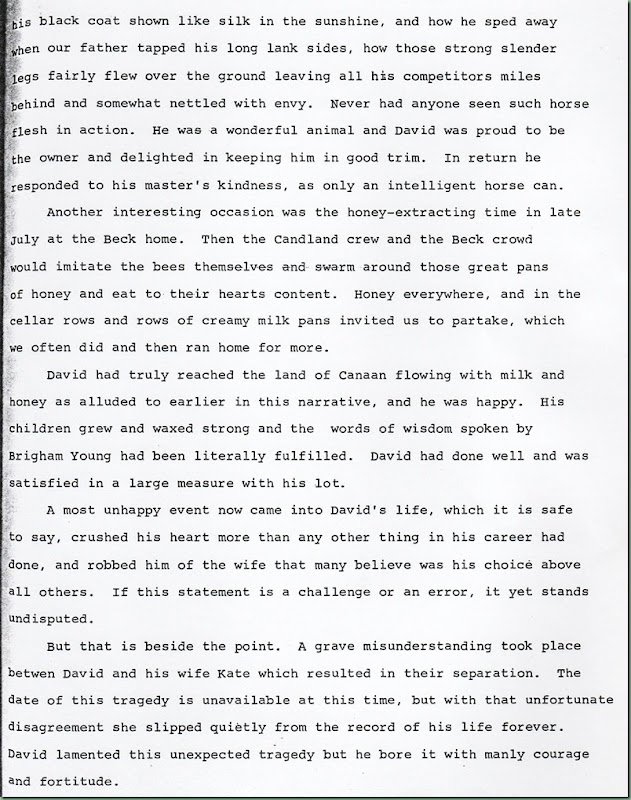 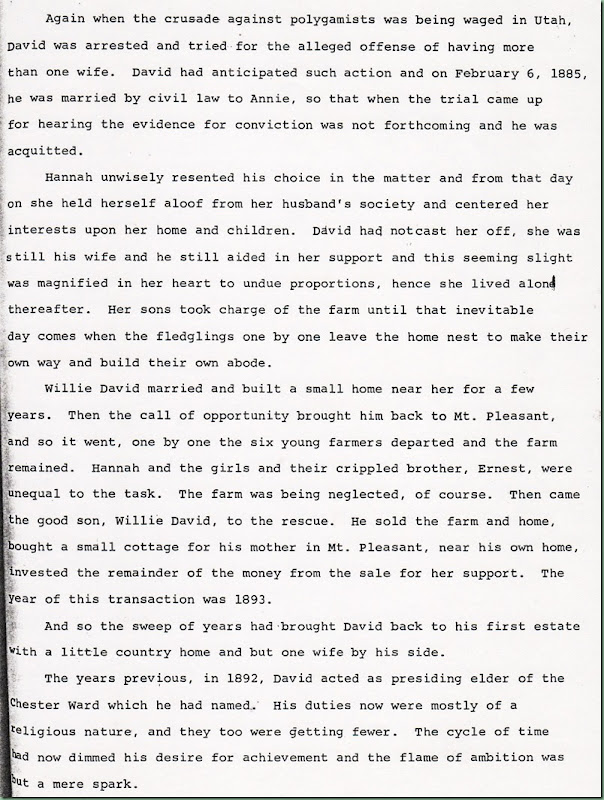 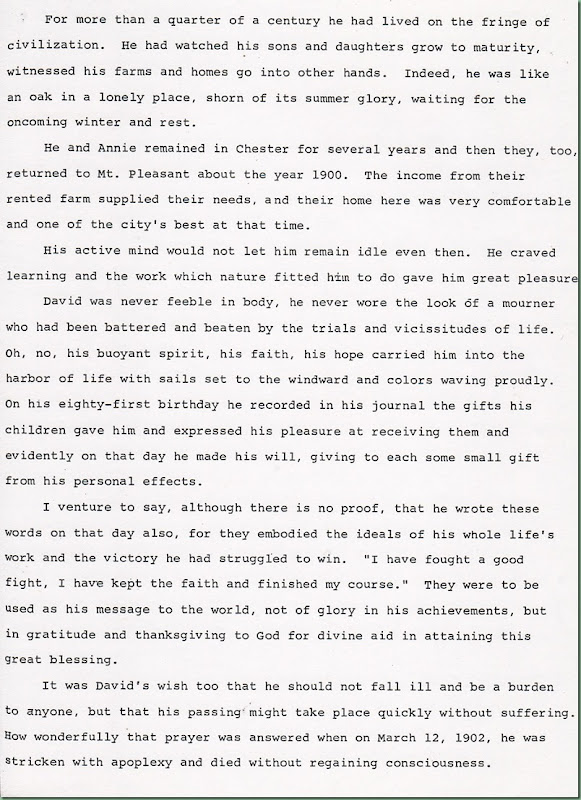 The following  are references to David Candland in the Mt. Pleasant History by Hilda Madsen Longsdorf ...

1861
Early in the spring, David Candland, who had recently' ar­rived from Salt Lake City to make his home in Mount Pleasant, located on some land south of the city and east of the cemetery. There was a spring on this land and on account of the scarcity of water, the people objected to his taking it. Later, a compromise was made, and twenty acres of land in the field was purchased and given him in exchange. In June, Bishop Seeley applied to President Young for the privilege of expending a portion of the tithing funds in building a road north through Thistle Valley. p 69

At a public meeting, held July 14th, W. S. Seeley, David Candland and Perry McArthur were appointed as delegates to a county convention to be held at Ephraim, July 22nd. p. 73

Independence Day this year was duly celebrated as the follow­ing account published in the Deseret News will tell:
"At Mount Pleasant the day was ushered in by the firing musketry as the military of that thriving town have not as yet provided themselves with artillery. The stars and stripes were run up, the military were out in force, and some mounted, others on foot. A procession was formed in which a company of young ladies dressed in white, and school children with flags and banners, occupied conspicuous positions. The local authorities, distinguished visitors and others had places assigned in the procession, the citizens being by far the most numerous division. J. K. McCleanahan, Esq., was the orator of the day and David Candland, Esq., reader. An address was delivered by Col. R. N. Allred, which with songs, toasts and various kinds of music, constituted the principal ceremonies. The dance in the evening was not for­gotten." p 81


A building 30 feet x 45 feet, erected in the south side of the church square, was completed on the 7th day of December. A program consisting of singing and of short and interesting talks by Bishop Seeley and Elders Duncan McArthur, David Candland and J. K. McClenahan was held. David Candland delivered the dedicating prayer, naming the building the Social Hall. p 82
This year, school was commenced in the first, third and fourth wards with David Candland, H. P. Miller and Oscar Winters as teachers with an average of forty pupils in each school. p 83

December 7, 1864, David Candland was duly appoint­ed post master, the first to be officially appointed. The post office was established in his home, the southeast corner on the inter­section of First East and Second South. His wife, Annie Woodhouse Candland acted as post-mistress. At a meeting held Decem­ber 24th, William Morrison, the former Ward Clerk, who had succeeded David Candland, was released, having been called south to Sevier Valley, and Anthon H. Lund was appointed his successor. During this year, H. C. Davidsen and family located in Mount Pleasant, later erecting an Astrometer on his lot on west side of State, southwest corner of intersection of First North. He, some years later, gave talks on astrology to the students of Eli Day's school. At a meeting held in the Social Hall, December 25th, it was decided to build a new meeting house.  p 93

Under date of July 5, 1865, the following letter written by David Candland was published in the Deseret News. "We have erected a bowery 100 x 80 feet. Our crops look rather scant, short in straw and thin on the ground. We have now a mail in our town and you can form no idea of how pleased we are, how much we go on Mr. George W. Bean, the contractor. How much we feel to say Amen to every enterprise that aims to give joy and peace and disseminate intelligence among mankind. We are anxious
now for the wire and the rail and for the speed and proper development of our own dear Utah." Copied from Andrew Madsen's Journal: "At this time, David Candland was a very active man in the community." pp 97, 98

Quoting R. N. Bennett: "David Candland was sent with the epistle for the people of Fairview to move to Mount Pleasant, the people of Fountain Green to Moroni, and the people of Spring City to move to Ephraim. John L. Ivie and myself were sent as Candland's body guards. After these families had moved, the minute men of Mount Pleasant and other settlements had to go as guards for the men while they did their work." p110

Under date of March 12, 1868, the following letter written by David Candland, was published in the Deseret News:

"The progressive is a feature of this new fledged city in the agricultural, mechanical, and spiritual. An important area of land is about to be taken up west and south of the city, which will give to our marriageable young men land so as to lay the foundation of a home for them and the help-mates they may choose. The yellow fever of the Sweetwater or of Marysvale is not strikingly manifest here, because the land movement has fore­stalled it. Bona fide homes are better than the miner's camp.

"Mechanically, we are progressing. Your enterprising agent has now a splendid shingle and saw mill. Lath and picket are to be added, and soon, our town will have a decent array of fenc­ing, nor is he satisfied, but has resolved on a woolen mill, to which we say hurrah, for our town! Other solid improvements are going on, and we must not omit to mention a famous brass band of fifteen instruments which is a feature of this young town.

"Spiritually, we are alive. As an evidence, we have raised $4000 for the emigration, and we are not yet broke, although we have been heavily taxed in various ways in common with the rest of Sanpete. Last Sunday, our Bishop sent out some of our young Elders, two and two, to preach in the several wards of this city, and success has marked the project; they are brought to a proper bearing; the people are benefited; and thus spiritual good is accomplished.


"A great scope of country will be put under cultivation for ourselves and the poor for whom we have subscribed, and for as many more, if they will only come. As we believe, more folks, more trades, more independence, and more grain preserved, in our town.

"An eight foot vein of coal of excellent quality has been developed at Fairview, four miles from town, regular Sanpete coal.

This will open the Spanish Fork Canyon road to a certainty. The discoverers are practical colliers, and intend to sell cheap. Utah County can rejoice, for the abundance is great, and the price will be small. Ah, sir! If we only had a railroad down the canyon to Goshen depot, then we would hustle the coal to your city at such figures for the blacksmith and others as would make them all rejoice. As a city, we are interested in our near neighbors' welfare, as we are bound to prosper in their prosperity.

"A Sunday School grows in importance, and so do our five day schools. The demand for a high school is beginning to loom up and also for the appliances needed, maps, charts, globes and thorough teacher. Nor must I forget to mention that the 'News' has taken a new start since you took the chair; (I don't call it the 'easy chair'), and when the opening spring opens the granary doors, and the tons of millions of promised grass-hoppers shall have been undeveloped, and the sun shines that will thaw out the frozen feeling of dread or famine, they, the liberal-hearted will respond to your call for help; broad acres will be sown, and strong belief in the promise of the rainbow will be evidenced. God will give us seed-time and harvest, for we have helped marvelously as a people, to gather the poor, and we sow not for ourselves alone, but for Him and His people and His insect tribes. To Him we look for the promised blessing of the former and latter rains.

"In these days of XXX's, I must not omit to mention the superiority of the Mount Pleasant flouring mill, now thoroughly renovated, with improved machinery, and the finest bolting cloth. The enterprising owners mean your tyros shall test the quality. Nor can we pass our fine blacksmith shops, among whom George Farnsworth as a shoer stands 'A number one.''' pp 120-122

Excerpts from the city record: "Spoke of the necessity of repairing streets, bridges, etc., but it was impossible for the people ~o pay a great deal of money on tax; motion prevailed that a tax of one-half of one per cent be levied for the year 1871." . . . "July 22, motion carried that Joseph Day be city assessor and collector and that he be allowed ten per cent of the city assessments for services in the same." . . . "Motion carried that an appropriation be made for the mayor to purchase the city ordinance of the city of San Francisco of David Candland" . . . "October 15th, Magnus Rosenberg was granted a three months license to sell spiritous and vinous liquors. License granted at $15 a quarter or $40 a year."

The council took into consideration the plausibility of building a city hall and jail. Moved and seconded to build same, at least as far as to finish the basement, or lower rooms this year. . . . . Salt Lake City ordinances were adopted. . . . . David Candland appointed city attorney. . . .p 147

"A special meeting of the city council was held October 24, 1877, to consider the propriety of building a Lockup, with height enough to admit a general office above, giving room for all city purposes, and thereby save renting and contingent expenses. After some discussion as to finances, etc., Mr. A. H. Bennett presented a bid in three divisions, one for finished Lockup, $275.00, one for Lockup with additional rooms above, $375.00, and one for Lockup with temporary roof for less than $275.00. Council decided that time and necessity for the building and the known honor of the contracting party, no further bids would be asked and the contract was given Mr. -Bennett, agreeable to the con­tingency that may arise as to finances in the matter of completion.

"The signed contract, with two signers was duly signed and placed on file in recorder Candland's office, . . . . . the building was completed and received by the city. Corporation notes for $250.00 were given to Mr. Bennett who delivered two keys to the mayor who delivered them to the marshal who was instructed to get bedding, etc. Councilor Peter Monsen was authorized to purchase a suitable stove." p 154 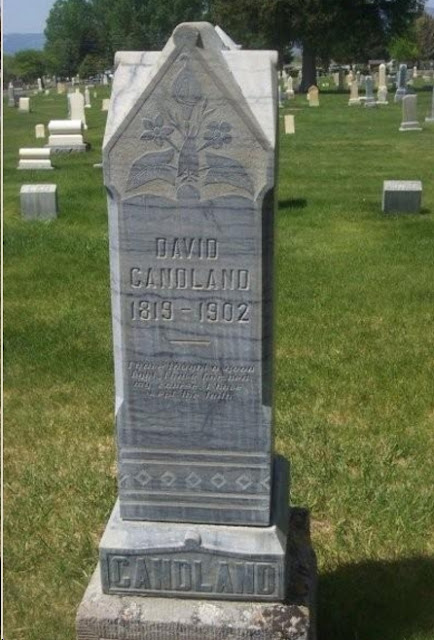 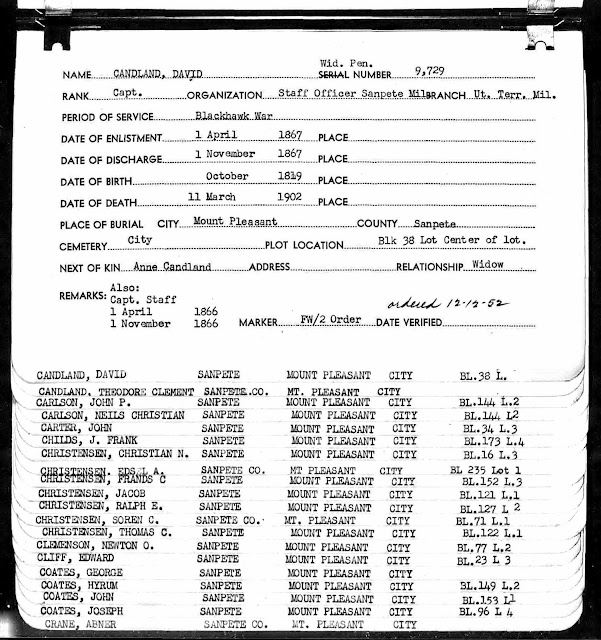