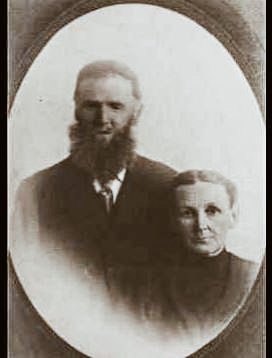 Joseph Friend Burton was born in Yorkshire England, the son of Joseph  and Eliza Cusworth Burton on June 2, 1849. His father and mother embraced the Latter Day Saint Faith in England.  However, the father, Joseph died two months prior leaving for America.  Eliza, his mother then was left with two children, Joseph and Martha to travel alone.

They came across the plains with the ill fated Martin Handcart Company and arrived in Salt Lake November 29, 1856.

The Burton family started their 1,300-mile journey with the Martin handcart company in Iowa City in July. By the third week in October, the weather turned cold. Joseph told of reaching a spring and pitching camp. They had to use fry pans and tin plates to clean away some snow in order to pitch their tent, for they had no shovels. Before rescuers reached them, their rations dwindled to almost nothing.

In Salt Lake City Eliza, Joseph and Martha were taken to the home of Isaac Laney where they were cared for and remained for a few weeks. Joseph’s foot was frozen and he lost two of his toes. The family was then taken to Pleasant Grove, where Eliza met Nathan Staker, a widower with several children. They were married February 18, 1857. Nathan was 23 years older than Eliza. They had a happy marriage and loved each other’s children. They had five more children together. In 1859, they moved to Mt. Pleasant, and helped to settle San Pete County. 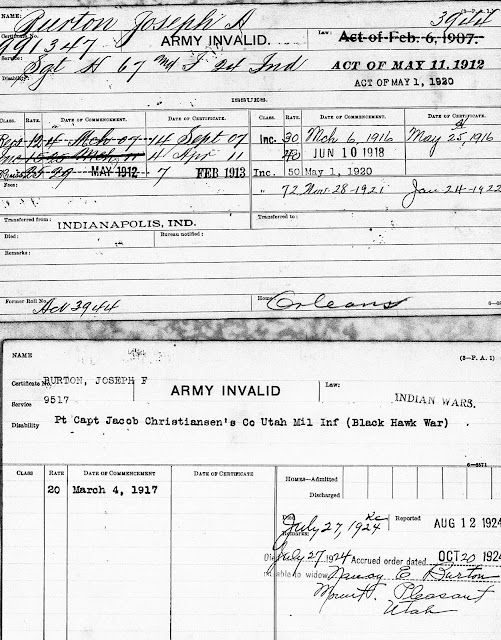 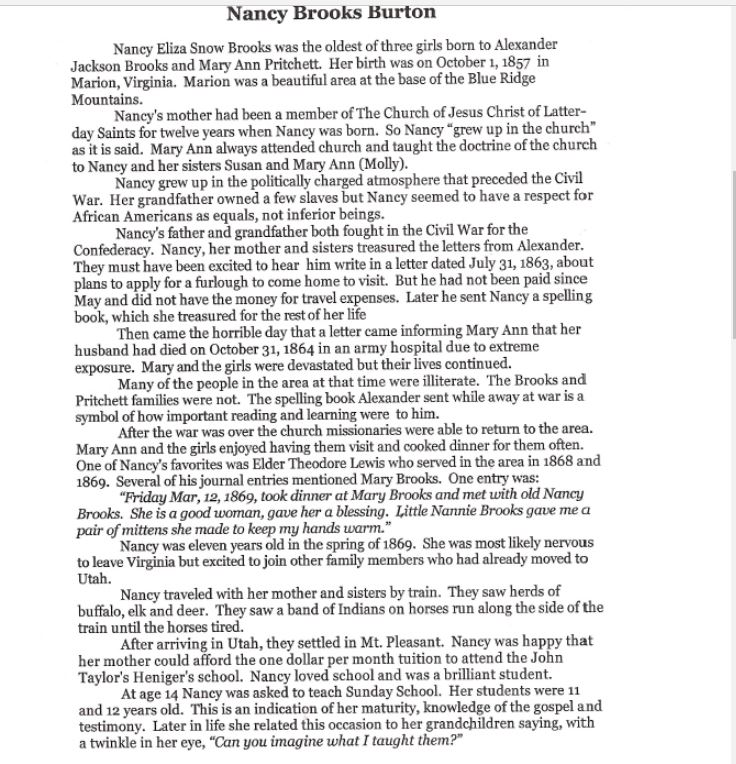 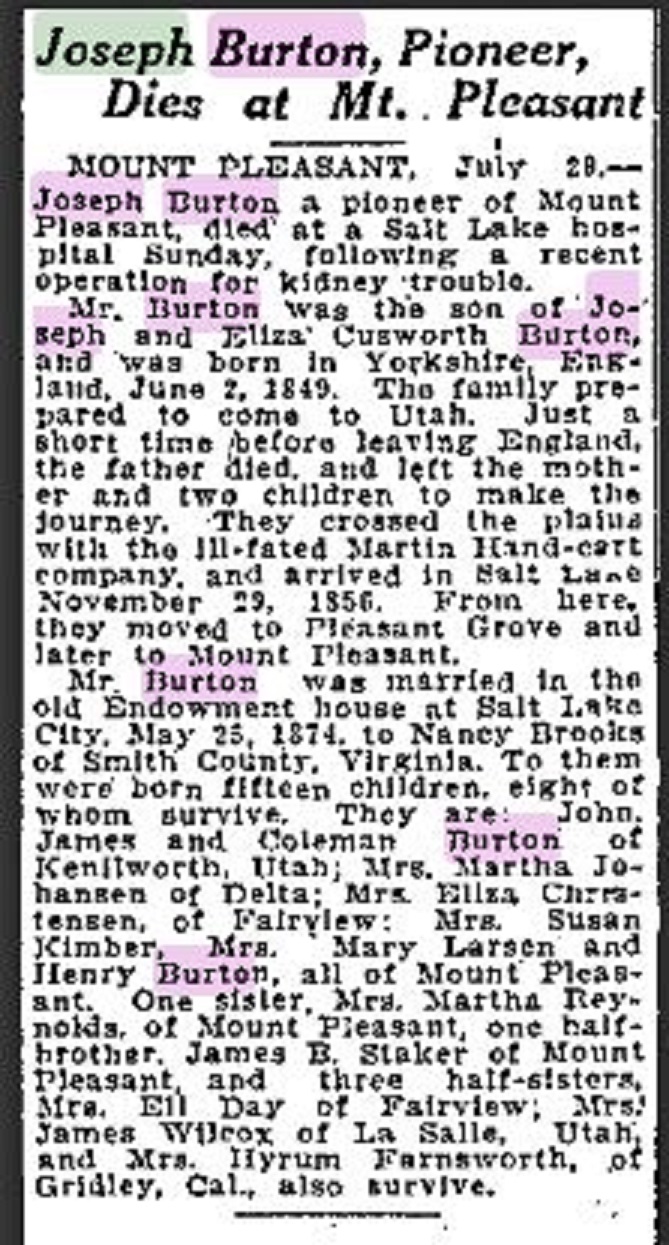